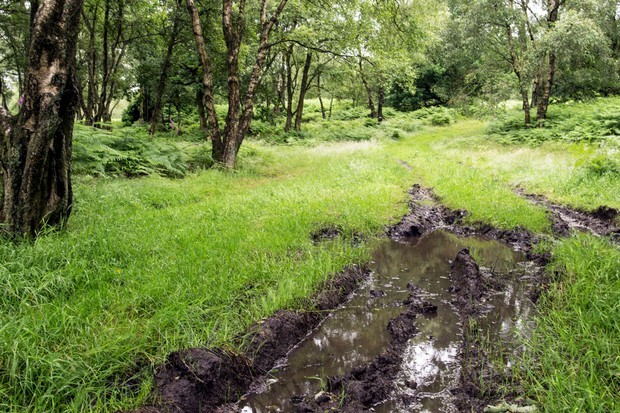 Alabama dog rot was first identified amongst greyhounds in the state of Alabama in the 1980s. After the first flare up, the number of reported cases dwindled and as no clinical research was carried out, the disease was almost relegated to history. Because no one has been able to determine what causes the disease, it is now only recognisable by its collection of clinical symptoms. The Environment Agency has ruled out any chemical contamination in water supplies and the source of the disease is unknown. However, Experts believe the disease is very similar to Alabama Rot, thought to be related to a toxin produced by E Coli bacteria. However, no evidence of this has been found after no signs were shown on the infected dogs. Alabama dog rot is a disease that causes damage to a dog's blood vessels and the kidney. It is a mysterious disease which is hard to identify, early detection is vital and sadly, very difficult to treat. Since the disease was first detected in 2012 in the UK the number of cases of Alabama dog rot in dogs has risen. The most serious outbreak was in the New Forest region of Hampshire but there have also been reported cases in several other counties, with the most recent cases reported Gloucestershire, Monmouthshire, Devon, Dorset, Cheshire, Warwickshire, Greater Manchester and Worcestershire. In 2018 there were 46 confirmed cases of Alabama dog rot, following 40 cases in 2017 and 19 in 2016. There has been some speculation that walking dogs in particular areas of the countryside may be a contributing factor, but the Forestry Commission has yet to warn of any specific sites being dangerous, reassuring dog owners by saying. Many thousands of dogs are walked in the countryside every day and it is important to remember only a very small number of dogs have been affected. This is not what a devastated owner wants to hear after their dog has been affected and tragically died. Knowing that it is on the rise again in the UK and dogs have been affected in Ireland it is time to take preventative precautions for your dog. However, there is no specific steps to take to prevent your dog from contracting the disease, there is some evidence of seasonal fluctuation, with most cases appearing between November and June. New advice suggests keeping your dog away from very muddy areas, as it is suspected that the disease spreads from muddy and woody areas. General advice given is to monitor where your dog goes on your walks and to wash off any mud as soon as possible after your walk After your walk especially in muddy woody areas, rinse off the worst of the mud with a hose, bathe your dog and dry thoroughly. It may seem over the top but if the dog is not very muddy it is a precaution to wash and dry paws. The first sign of Alabama Rot is skin sores that have not been caused by physical injury. These sores can present as lesions, swelling, a patch of red skin, or may be open and ulcer-like. The sores are most commonly found below the knee or elbow or occasionally on the stomach or face. Usually, this will cause localised hair loss and the dog will begin licking the wound. These lesions will be followed between two and seven days later with outward symptoms of kidney failure: reduced appetite fatigue, and vomiting. Affected dogs will also develop signs of severe depression. 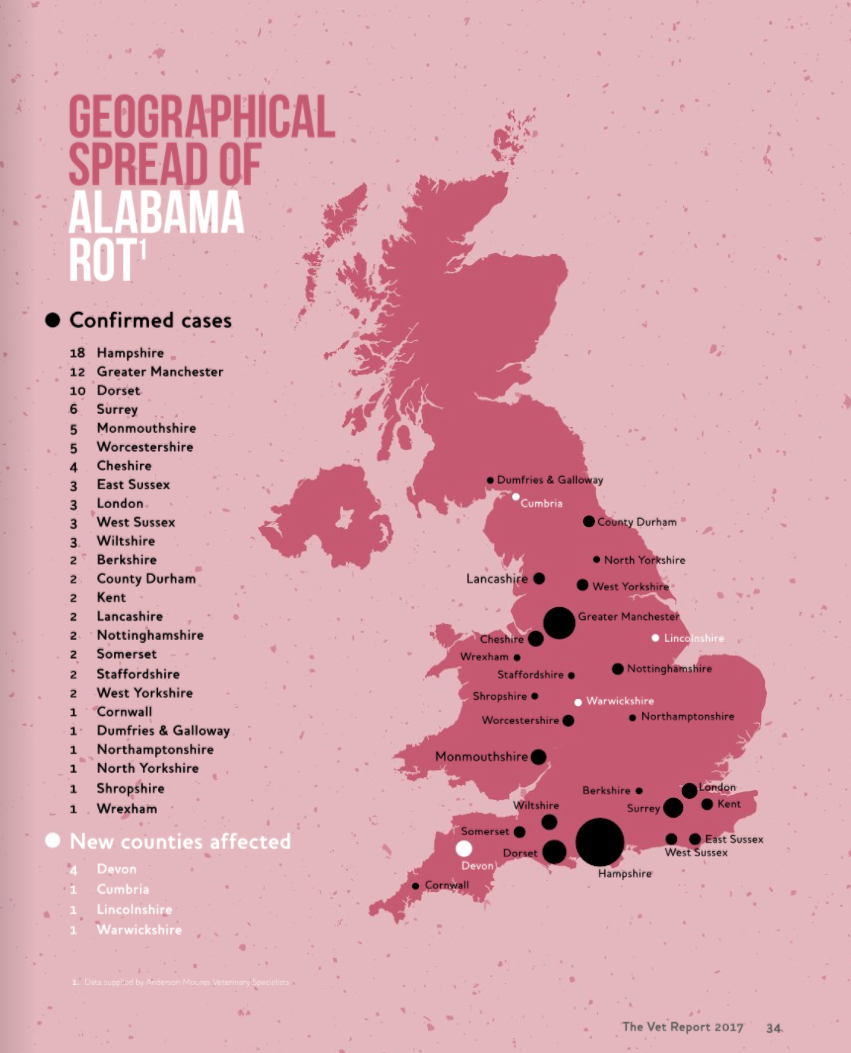