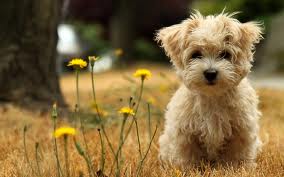 All dog owners know how dogs are in tune with our inner emotions and in essence our perfect soul mates. For those non-believers out there, Researchers from the U.K. and Brazil have carried out a study and published the latest paper on a dog’s ability to relate to humans. The paper concluded that dogs can understand human emotions and that it is not a learned behaviour, that dogs understand our positive and negative emotional states, knowing how we are feeling by responding to expressions.

I watched a program some time ago about dog behaviour and they did an experiment which showed a woman crying on a park bench. This woman was a stranger to the dog but when the dog’s owner sat beside the woman, the dog responded to the woman’s emotional state and tried to comfort her.

It has been proved that dogs have the ability to combine information from a number of senses, a skill that has never been seen before in any other creatures apart from humans and they really understand how the other individual is feeling.

The researchers showed dogs pairings of images and sounds each of which conveyed different combinations of positive happy or playful and negative angry or aggressive emotional expressions in human’s and also used controls with positive and negative images linked with white noise i.e. neither positive nor negative emotions. This showed that the dogs spent longer looking at the facial expressions that matched the emotional state of the sound for both human and canine subjects. So if the sound and image did not match they did not engage with the image. This cognitive ability until now has only been evidenced in primates and the capacity to do this across species only seen in humans.

Dogs have been selected and bred for thousands of years and have evolved to be different to any other type of animal on this planet. For example, chimpanzees can recognise emotional states in their own species but they cannot do this in other species.

Dogs can in fact teach us a few tricks they are natural experts at mindfulness something that many of us strive to achieve. In fact, most of the dog’s brain is similar to a human brain, we share the primitive parts of the brain that process emotions, the major difference is the large forebrain of humans which allows us to think, worry and calculate and this forebrain stops us from living in the moment.

Dogs are amazing companions, they emphasise and respond to us and we enjoy that loving friendship, they give love and comfort and respond happily to our happiness. They do not judge and want to give us emotional support and they also know within a few seconds whether they have come across a friend or foe knowing whether to be friendly or not.